Breath of The Wild Expansion Pass Announced and Detailed

Times are changing it seems, Nintendo has announced that Legend Of Zelda: Breath of The Wild will have an expansion pass available for purchase at launch.  The pass will cost $19.99/€19.99/£17.99, featuring two full DLC pack drops across 2017. I’ve added a photo detailing the pass below: 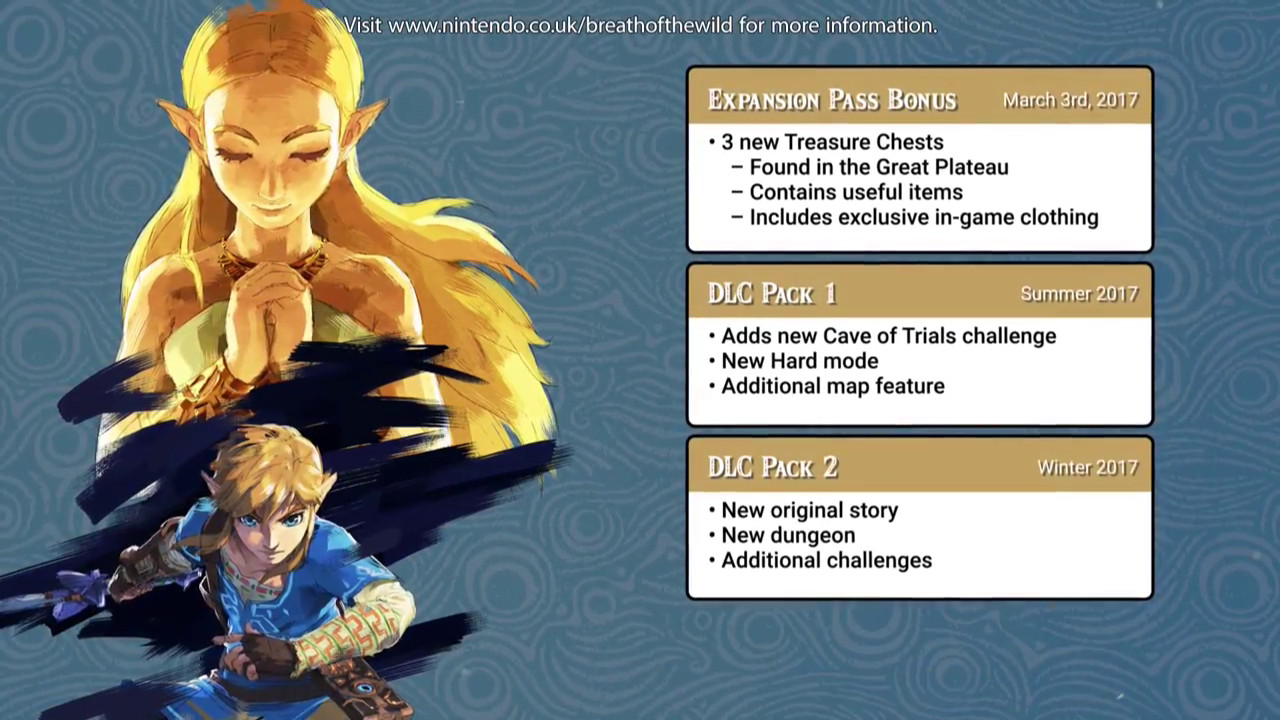 You won’t have to too long for new content after buying the pass. Your purchase will automatically unlock three treasure chests in Breath of The Wild’s Great Plateau. Two of the chests will contain useful items for your journey, meanwhile the third will reward a clothing change for for Link to wear on his travels.

Nintendo has stated that none of the expansion pass’s content will be available outside of buying the pass itself.

Breath of The Wild will be available for Switch and Wii U on March 3. ComedynGaming will have a review up shortly after its release.

One of the most common complaints lodged after the launch of Fire Emblem Heroes has received a swift if a little temporary response from...

NIER: Automata is an upcoming PS4 exclusive that’s set to release on March 7th, 2017. The game is being developed by Platinum Games...